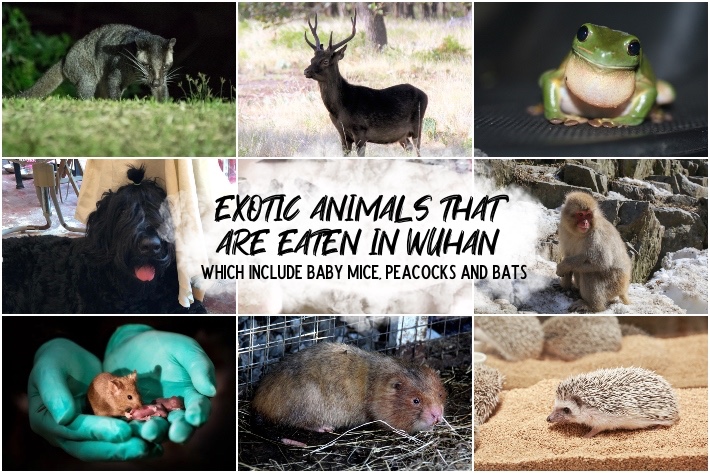 By now, you would probably have heard of the deadly Wuhan Coronavirus Infection that started off in China and has spread to multiple countries across the world.

The potential global epidemic has shone a light of reality on China’s livestock sector, revealing how a smorgasbord of exotic and sometimes endangered animals are being reared and killed for their meat. Examples of what you can find being sold at markets and restaurants in Wuhan and across China include Chinese Bamboo Rats, Snakes, Dogs, Hedgehogs and Peacocks.

It is believed, but not entirely confirmed, that the infection stemmed from the Huanan Wholesale Seafood Market in Wuhan, where a plethora of animal-based products are being sold in a clustered and unsanitary environment. This makes it the perfect breeding ground for all kinds of fatal diseases as well as dangerous pathogens.

The ongoing debate of the source of the virus has unearthed plenty of questionable choices of protein being consumed by the Chinese, which may to many, seem outrageous and almost inhumane. However, to the Chinese people in China, all these are completely normalised; just like how we view our pork and our beef as proper sources of food.

In light of the bizarre findings at the Wholesale Seafood Market in Wuhan, here are a few unusual things that you can eat in Wuhan and other parts of China.

A short disclaimer: we are aware that not all Chinese people enjoy indulging in the mentioned exotic dishes. Neither are we encouraging people to sample these dishes if they ever have the choice or if they ever visit China. The purpose of this article is merely to share our findings on some of the unconventional types of food eaten in China. 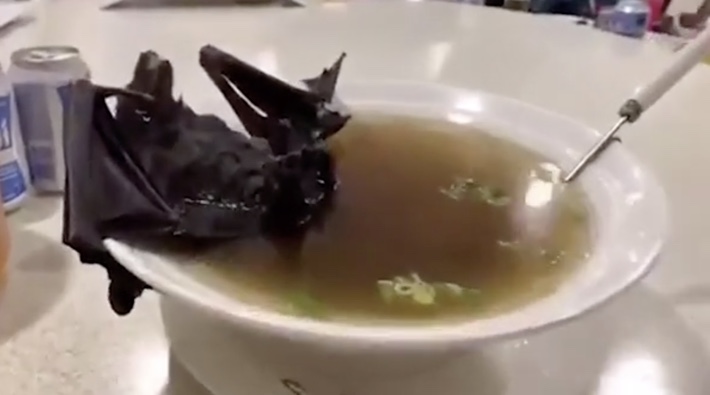 If you have been keeping up with the news, you would have probably come across a few viral videos of people eating bat soup that is served with a whole bat in it. Aside from being stomach-turning for most, bat soup is also one of the suspected causes of the deadly Coronavirus.

Despite coming off as nauseating to many, a number of people continue to consume bat soup because it is deemed to have medicinal qualities. For instance, the blood of the bat is said to help one with any respiratory disorders that they may have. It is also allegedly used to treat other illnesses such as malaria and gonorrhoea. 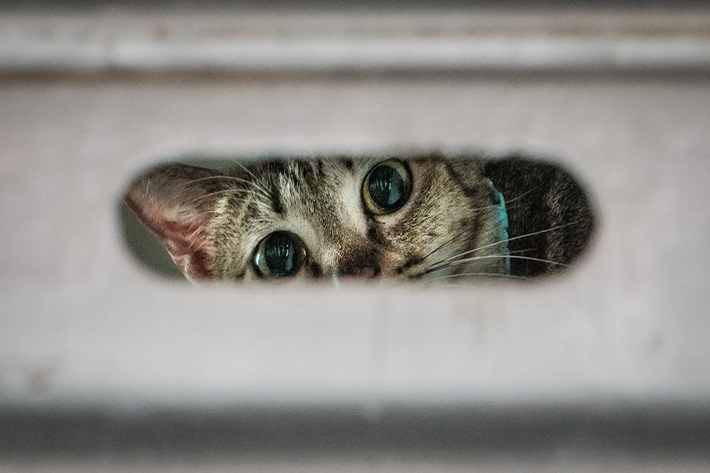 If you were horrified by the Yishun cat killer, you would be even more traumatised to know that the people of China not only kill cats, but enjoy them as a delicacy as well. The Chinese, especially the older generation, love to feast on cats during the winter period as cats are said to be a good warming food.

While the practice of eating cats has become less common as an increasing amount of people view cats as domesticated creatures as opposed to a dinner-time dish, there are people out there who still enjoy indulging in these furry felines. In some extreme, inhumane cases, pet cats are stolen from their owners and killed for consumption. 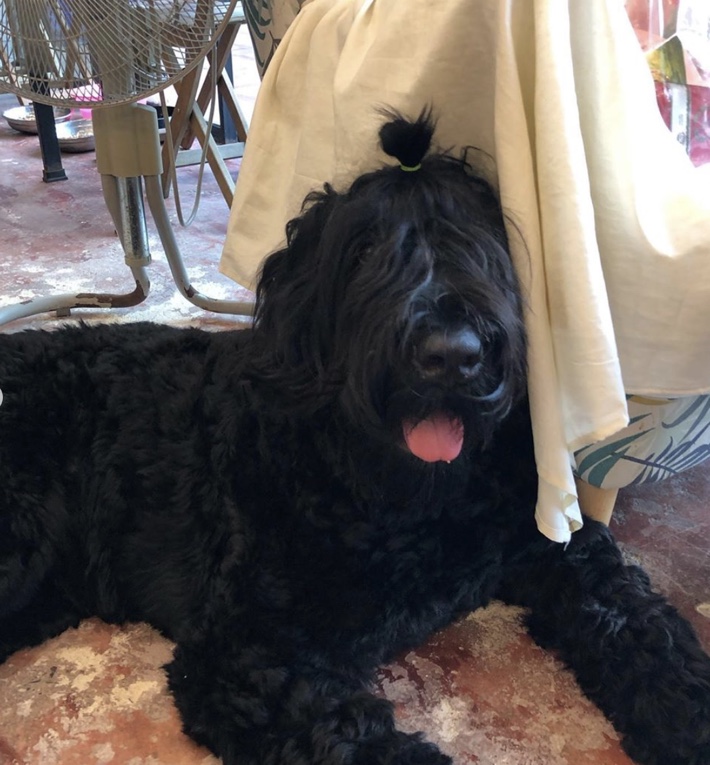 It is not new that a number of people in China enjoy feasting on the flesh of man’s best friend. There is even a festival — the Yulin Dog Meat Festival — that people partake in during the summer solstice where dogs are slaughtered and eaten along with lychees.

Though the practice has caused plenty of backlash and outrage from the public, some people still continue to do so, especially since dog meat is believed to have multiple health benefits in Chinese traditional medicine. Dog meat, like cat meat, is also said to have warming properties which is useful during chilly winter periods.

We are definitely against the idea of eating dog meat. Dogs are man’s best friends and no one should kill dogs just for their flesh. 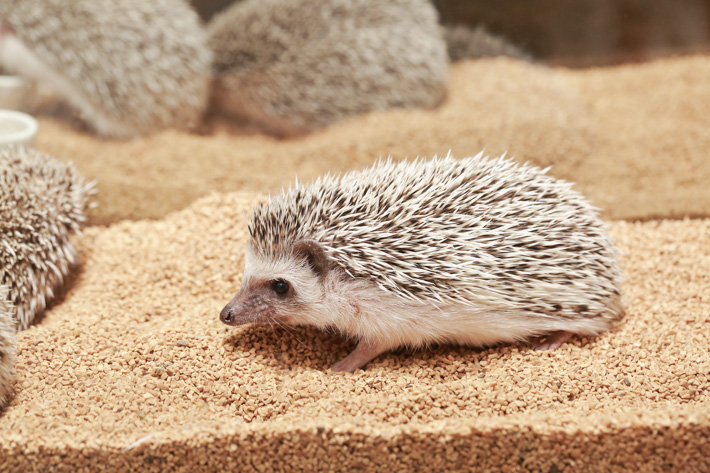 While the spines of a hedgehog are meant to safeguard it from being attacked and caught, it sometimes isn’t enough of a deterrence to protect them from being eaten.

Hedgehogs were one of the animals that were discovered to be on sale at the Huanan Wholesale Seafood Market in Wuhan. These small, spiky creatures are usually stewed in soup and the dish alongside other similar ones can be found in the Hubei province of Central China. 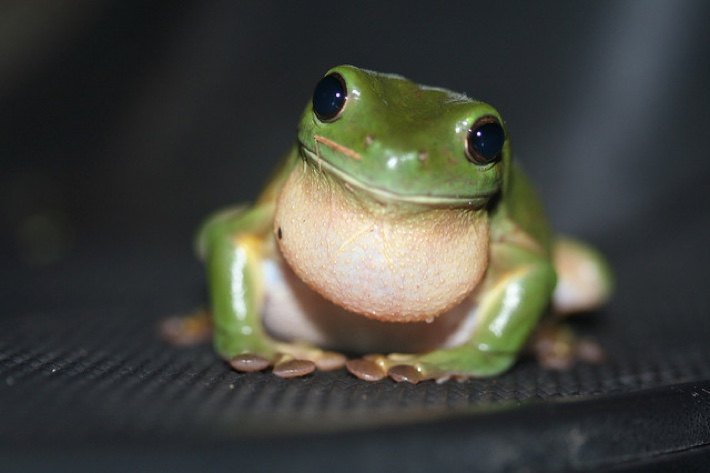 In many parts of the world, including Singapore, frogs are enjoyed in dishes such as frog’s leg porridge and frog soup. They are also known to have multiple health benefits that help with bronchial problems and nervous disorders. However, in certain parts of China, frogs are sometimes eaten while they are still alive and croaking.

If you’re an avid social media user, you would have probably already stumbled across the morbid viral video of a man picking up a live, wriggling frog, biting down onto its mouth and tearing open the length of its body. After doing so, he proceeds to eat the frog’s entrails whilst grinning at the camera. Another viral video that is currently circulating the internet is that of a man picking up hairless, live baby mice with chopsticks and dipping them in some sauce before engulfing them whole in his mouth.

The dish translates from Chinese to “Three Squeak Mice” as the mice squeak three times during the meal; once when you pick them up, once when you smother them in sauce and once when you bite into their tiny, writhing bodies. The dish, though grisly, is said to have medicinal properties. 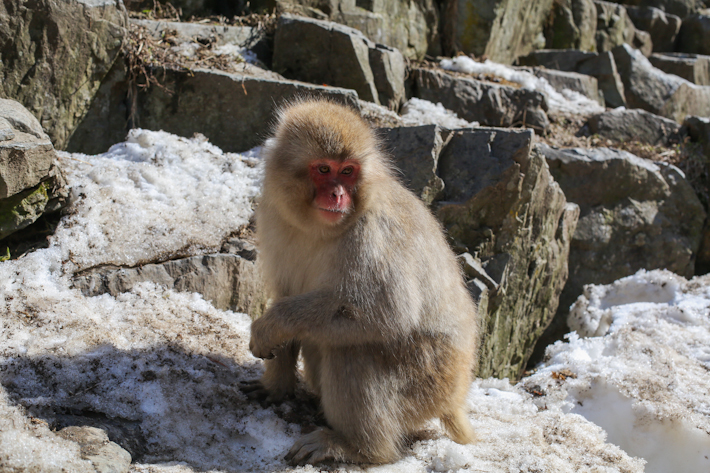 If you thought that the way the live mice were eaten was gruesome and cruel, you’d be even more repulsed and horrified by this dish that involves the consumption of live monkey brains.

While the monkey is still alive and kicking, its head is sliced open and the brain is eaten while it’s still glistening and raw. Though the dish is said to be banned in China, the delicacy can still be found in certain areas, especially in Guangdong. The Masked Palm Civet was another animal that was discovered being sold at the Huanan Wholesale Seafood Market in Wuhan. The animal was also found to be capable of carrying the SARS virus back in 2003.

In China, the animal is enjoyed as a culinary delicacy. An example of a dish that uses parts of a Masked Palm Civet is the Dragon-Tiger-Phoenix Soup, which is popular amongst wealthy Chinese, especially in the Guangdong province. 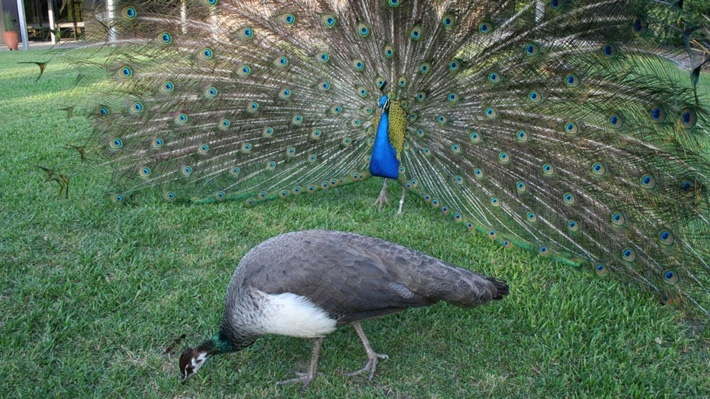 Despite being rather costly, many people, especially pregnant women, choose to eat the bird due to its high nutritional value which provides numerous amounts of health benefits. It is also said to be very delicious and reminiscent of chicken or turkey. 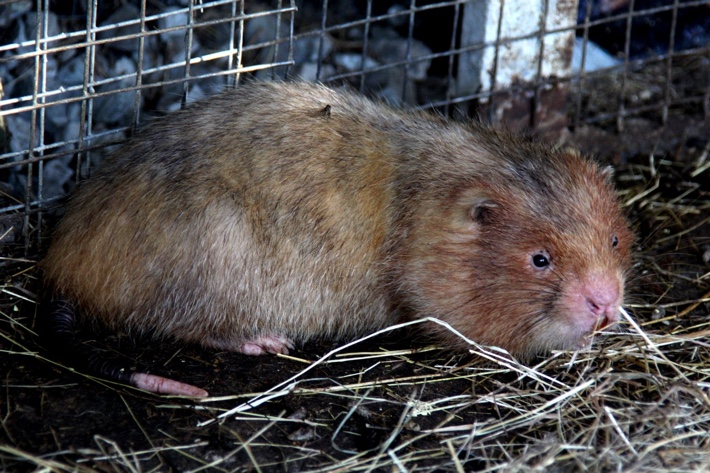 Rhizomys, also known as Chinese Bamboo Rats, is a species of rodents that can be found in parts of Central and Southern China. Over the years, they’ve slowly been gaining popularity as food and considered to be an answer to China’s growing need for protein. This is mainly because they are relatively easy to rear, both financially and ecologically.

While many people were initially quite put off by the idea of eating large rodents, there has been an increase in demand for them. A number of restaurants have begun to serve dishes that are cooked with Rhizomys and they are claimed to be good for one’s skin as well as a way to enhance your beauty. 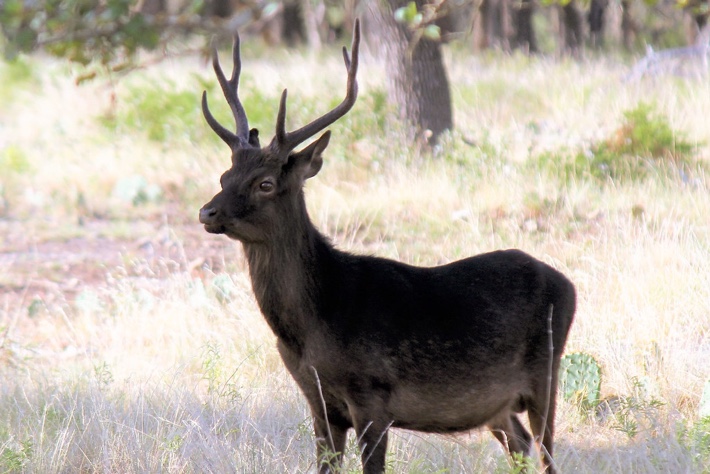 While deers are not an uncommon dining table option, some species of deers are more scarcely available than others due to endangerment, with one of them being the South China Sika Deer.

Despite that, they were still found to be sold at the Huanan Wholesale Seafood Market and were also one of the most exorbitantly priced items on the menu, probably due to its rarity. The deer is known to have health properties such as regulation of metabolism and the prevention of anaemia. We also assume that just like venison, they are very tasty. We usually think of snakes as predators who have the ability to swallow their victims whole. However, certain places around the world, including China, enjoy these slithering, slinky creatures as a delicacy.

Despite looking very long and lean, snakes are surprisingly meaty and are used in dishes such as snake soup, which people love to indulge in during the blisteringly cold winter months. Aside from that, snakes also help to relieve headaches as well as ease digestion.

Baby Health in Winter Children can be “super-spreaders” of flu and pass on the virus to others, including those who are most vulnerable to illness like pregnant women, babies, and the elderly. So, senior doctors request parents to vaccinate their kids and protect not just others but also the kids from the deadly virus. According...